The senior level units are written by the Cosmos for Schools team in Australia. The unit content is context-led by using recent science news articles. Students then learn more about the science behind it. Using interactive multi media activities as well as hands-on experiments to do at home these units are high-interest and engaging.

Kinematics: the science of movement

Cars without drivers – they’re coming soon. But if computers are going to do all the driving, what information will they need? Well, to start, they’ll have to be able to detect where things are and predict whether they’re on collision courses or not. That requires basic data about distances, times, velocities and accelerations.
In this unit you will learn all about the science of movement!

Looking at the night sky, some of the light entering your eye has taken millions of years to reach you. But we’ve got many other ways of looking at the universe too, revealing an amazing range of spectacular objects. What’s more, evidence of change amongst these objects leads scientists to the conclusion that the entire observable universe started from a speck s 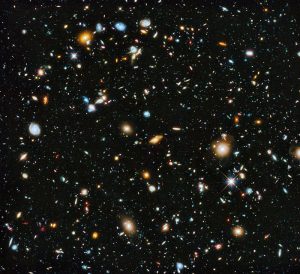 maller than an atom!

The Universe is an earth and space sciences unit most suitable for students who have already learnt about the Earth’s place in the Solar System, the electromagnetic spectrum, and atoms and subatomic particles.

In this unit students will explore three areas in biological sciences: bio-accumulation, symbiosis and microobiomes. 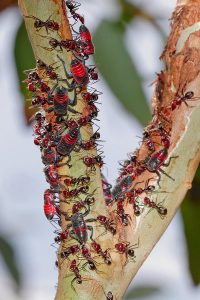 umulation: Plastic is central to our way of life, but what happens when we’ve finished with it? A lot ends up in the oceans and it’s only now becoming clear how much of a problem that poses for marine food chains.

Symbiosis: Cuckoos lay their eggs in the nests of other bird species and so avoid the hard work involved in raising chicks. This is just one of the diverse ways that different species live together.

Microbiomes: It’s strange to think that each of us has an ecosystem of tiny organisms living in our bowels. In fact, these microscopic guests outnumber our own cells by about ten to one! And they have a big impact on our day-to-day health.

The forces in car crashes can be intense. Vehicle collision investigators use Newton’s three laws of motion to help understand them as they reconstruct what happened, revealing if any drivers were at fault.

Newton’s Laws of Motion is a physics unit suitable for students with a basic understanding of forces. A knowledge of kinematics concepts such as velocity and acceleration is also advantageous. The Kinematics unit provides good preparation for this unit.

In this chemical sciences unit students will learn about combustion reactions, the difference between exothermic and endothermic reactions as well as photosynthesis and respiration. This is a chemistry unit most suitable for students who have already learnt about the basics of chemical reactions and how to balance chemical equations. An understanding of different types of energy and energy transformations would also be useful.

DNA is a complex molecule that plays a big part in determining how we look and behave. Even though the structure of DNA was first described in the 1950’s there’s still much to discover about this twisted ladder. Much of our DNA appears to be “junk” with no apparent function but some argue that it has an important role after all. A new discovery about certain pond plants might shed new light on this debate. 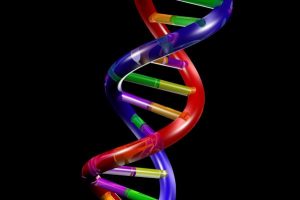 A queen bee looks and behaves very differently from her daughters – the worker bees that swarm around her hive. This is because of a complex interaction between her genes and the environment in which she was raised. But some features of bees and other organisms – including us – are determined by a single gene.

Doctors have known for years that smoking causes lung cancer, but scientists have recently stumbled onto a specific genetic “spelling error” that increases the risk of developing the disease. What’s surprising is that the gene where it occurs is already famous – for causing breast cancer.

DNA & Genetics is a biology unit that is most suitable for students who have already learnt about cells, mitosis and reproduction. 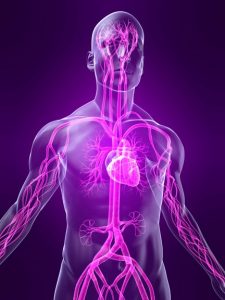 In 2014 the world was frightened when a deadly disease took hold in West Africa. Finding a vaccine was a top priority. Understanding what causes diseases and how our bodies fight back was essential knowledge in that search.

Dogs have an amazing sense of smell that can detect cancers and other diseases. Now this ability is inspiring scientists to develop electronic detectors that could save lives. To understand how these devices work you’ll first need to learn the basics about the nervous system.

Finding it hard to sleep at night? It could be because of your hormones – the chemicals that work around the clock to keep your body running smoothly. New research stresses the importance of darkness for a good night’s sleep.

In this biological sciences unit students will learn about the nervous system, the endocrine system and the immune system. This unit is most suitable for students who have already learnt about microbes and the basics of cells. An understanding of the circulatory and nervous systems would be helpful but is not essential.

In space no-one can hear you scream! From silent screams to voices on Mars and what music looks like – this lesson looks at everything about sound.

Science has answered the old question about why the sky is blue, but there are still lots of fascinating things to discover about light, one of the most familiar forms of energy.

Through their ability to bend light, lenses have been helping transform our lives for centuries. A new type of lens means you can now use your smartphone as a microscope!

Sound, Light & Lenses is a physics unit that does not have any prerequisite knowledge.

Unless astronauts can be protected from exposure to dangerous levels of radiation it might mean there will only ever be one way tickets to Mars. 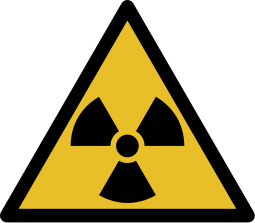 In this unit students will investigate the following:

​Let’s see if a new protective shield will deflect the cosmic attacks.

Radiation and Radioactivity is a physical sciences unit, it is most suitable for high school age students who already have a good understanding of atoms and atom structure.

You may have seen someone drop a sliver of sodium into water – it’s a classic chemistry demonstration with explosive results.

Not all reactions are explosive and some can be live-saving. For example, a team of scientists have developed a self-healing material for use in space.

In this unit you will investigate the following:

Get ready for a mind-blowing look at chemical reactions!

This chemical sciences unit is most suitable for students who have already learnt about the building blocks of chemistry, such as atoms and molecules and chemical equation writing.

Our planet is a beautiful, dynamic place, with complex interconnected systems in fine balance. To what extent are humans upsetting this balance, and what will the effects be for us and world ecosystems?

Features of the Young Rutherfords programme: 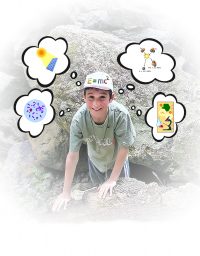 Accessible 24/7 online – from your laptop, tablet, computer or phone

Marked by a real person!